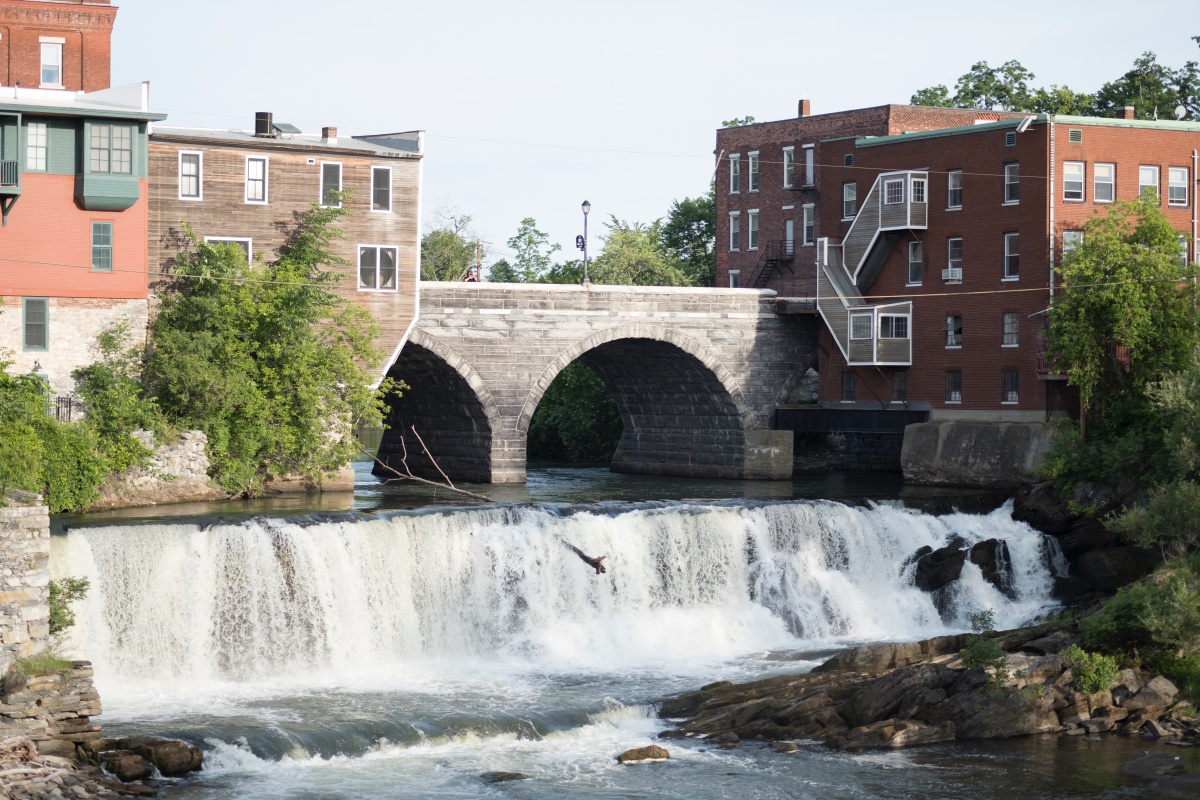 Difficult times and tough choices are made easier by applying the Bible, the Constitution and sound family values. 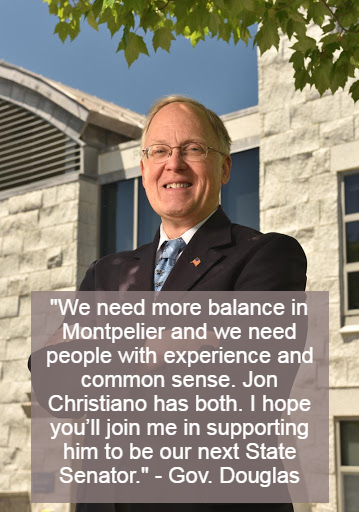 Jon was born in upstate New York and grew up around Glen and Gloversville, NY. Being the oldest, he started working at a young age at an Italian grocery store and gave his money to his mother to pay the rent for her and his five siblings.  He graduated from Gloversville High School at seventeen and immediately went into the Navy and became a hydraulic mechanic NCO on Navy planes.  He did stints in Spain, Turkey and was in Key West, Florida during the Cuban Missile Crisis.

After completing his Navy Service, he obtained a Mechanical Design Associates degree from Canton Technical College in Canton, NY.  He worked in upstate New York and Pennsylvania before coming to IBM in Essex Junction.  At IBM, he designed machinery for several years, became an Engineering Technician, and moved to the Purchasing Department buying capital equipment culminating at $40 million per year.  During this time, he obtained a bachelor’s degree in Business Administration from Trinity College through their STEP Program.  Working at IBM full-time, attending Trinity College nights and weekends, while raising three children as a single parent kept him busy.  During this time, he married his wife of 35 years, Jane Ross, who was a Professor at the University of Vermont in the Department of Nutrition and Food Sciences. 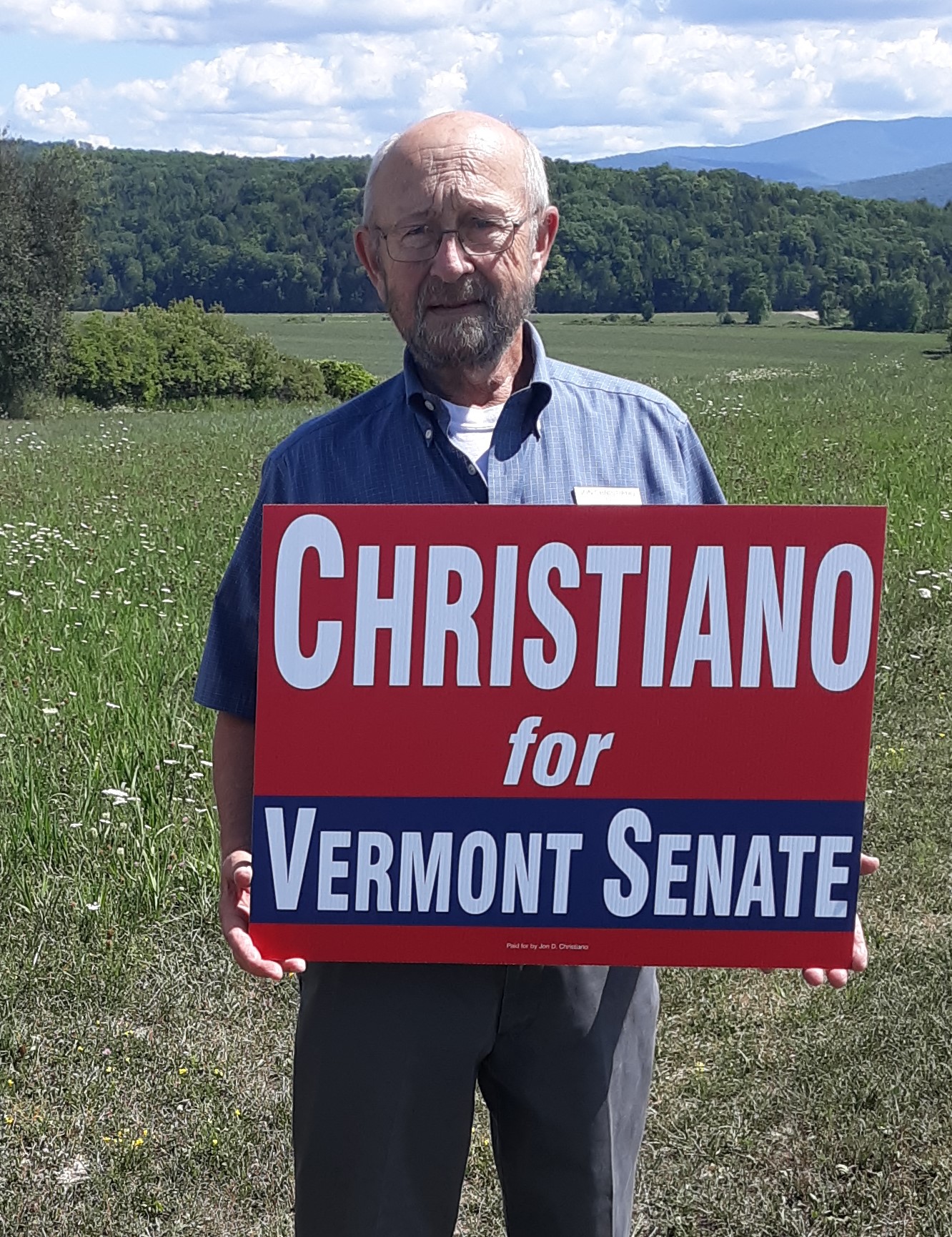 His grown children, Jon Michael lives in North Carolina and works for Underwriter Laboratories; Robin works in Vermont and lives in Grand Isle, and Matthew lives in Massachusetts and is a member of the Vermont Army Guard.  He is a proud father of all of them.  Jon and his wife bought land in New Haven in 2007 and moved into their home on the land in 2013.  During their time in New Haven, they grew trefoil hay, raised garlic, sold eggs and raised pork and lamb for themselves and others.  They enjoy playing dominos and euchre with friends.  Jon is currently a town lister, has been chair of the New Haven Political Party Committee and is past chair of the Addison County Political Party Committee.  Jon believes in the Bible, the Constitution and personal responsibility.  He holds strong beliefs on many issues but will listen to you and work diligently for you as a Vermont Senator from Addison County.

I am running to represent Addison County. I want to hear from YOU about what issues are most important and how a state Senator should be serving our community.